All of our E-News magazines in one place.
Read More
Tweets by PeacehavenTown 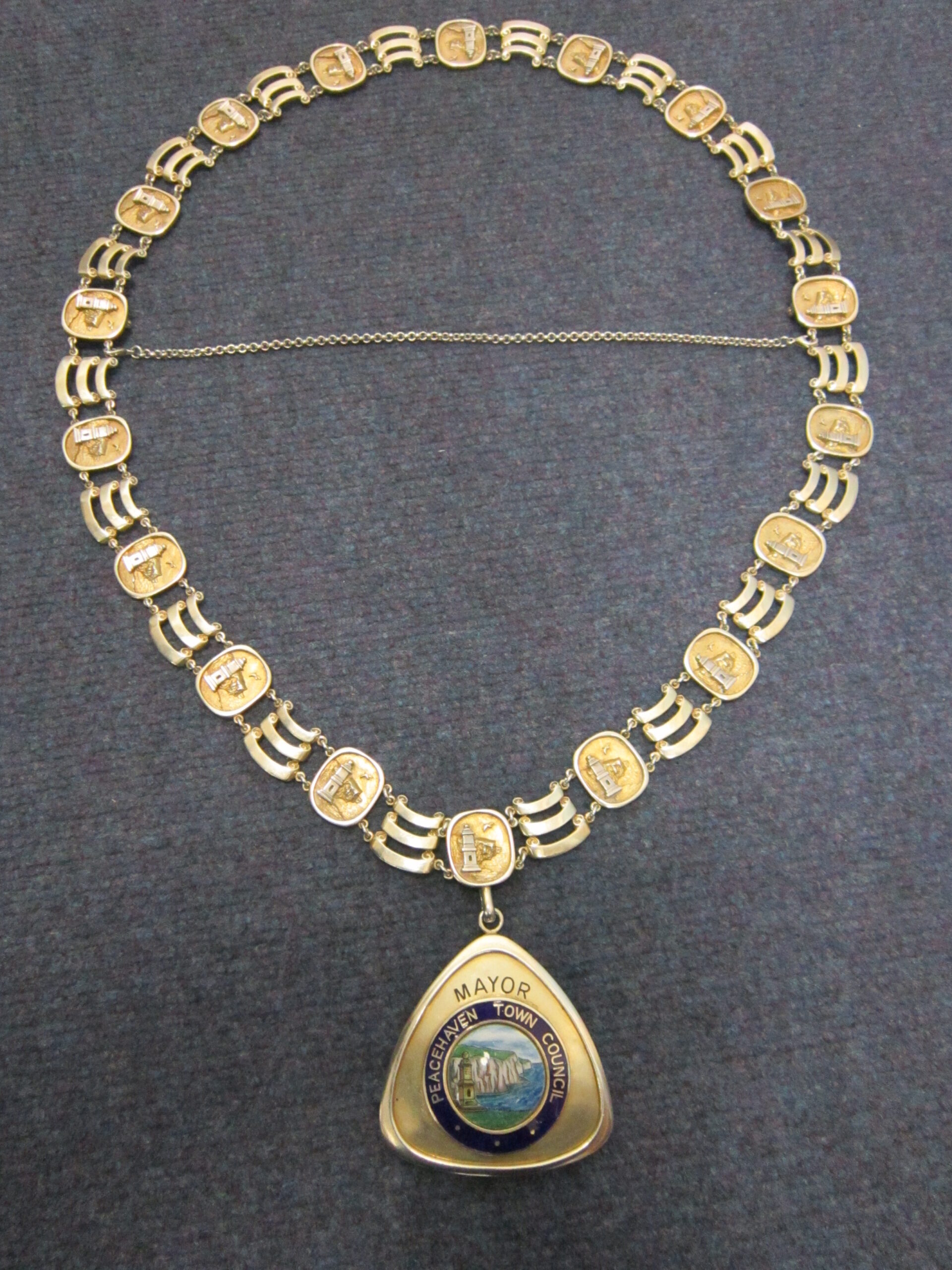 The Role of the Mayor

The Mayor and, in their absence, the Deputy Mayor will have the following responsibilities:

If you would like to get in touch with the Mayor to arrange a visit, or for them to attend an engagement please download our Mayoral Engagement Request Form and return to George Dyson via email at dcco@peacehaventowncouncil.gov.uk.

The Chain of Office

The chain of office is a unique piece of regalia designed and made by a local company (Studio Crafts) in 2003. Each of the links has an image of the Meridian Monument (also on the Town’s logo) engraved on it.

If the Mayor decides they wish to support a charity and/or local projects during their term of office, they should ensure that the charity is non-political, non-discriminatory and should benefit residents of the town. Monies must not be donated to profit making businesses established for that purpose.