See all of our E-News magazines in one place.
Read More
Tweets by PTCinformation

History of the Town 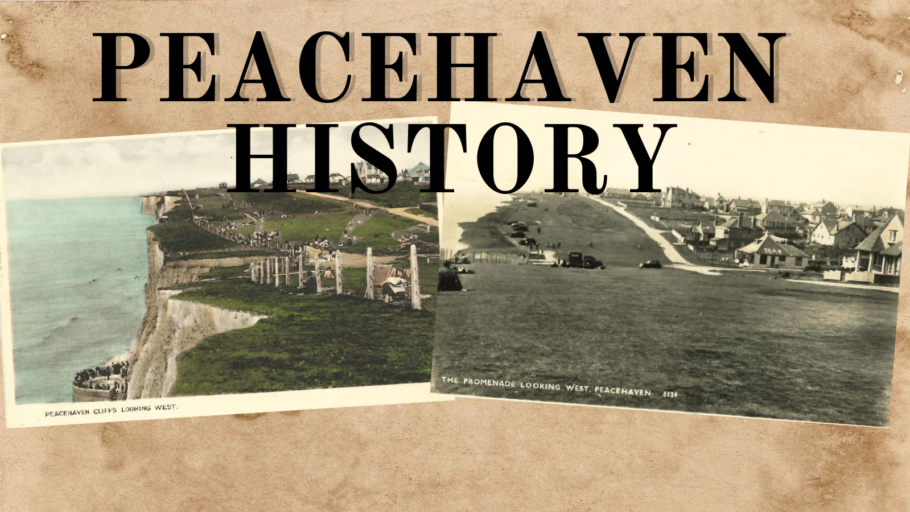 In the week commencing 8th January 1916 a series of advertisements appeared in local and national newspapers, inviting the public to name a new seaside resort. With this unusual public notice the town of Peacehaven was conceived and unlike most babies it actually took a year to be born. Initially it was known as New Anzac-on-Sea, but due to a change in the law, it was changed by Mr Neville to Peacehaven on 12th February 1917.

It was in the second half of 1915, that a certain Charles William Neville drove from Bexhill on Sea to Brighton and spotted the fields that became Peacehaven. Contrary to some reports in 1881, William Charles Neville Ussher was born in London, before changing his name. He is known to have spent his formative years in Canada. It was here that he learnt the businesses that became his career, real estate, as he would have called land development. With various partners he started to develop parts of Canada, he may even have tried his hand as a property developer in Australia. There are some mysteries about the man, such as when he returned to England? When he did it was as Charles William Neville land developer & financier.

In 1915 there were a very few buildings, a couple that may have looked like temporary buildings at the Friars Bay end of Peacehaven around the Cissbury Avenue (this was initially known as – friars bay small holders cooperative colony). While at Telscombe a sales office for Cavendish Land Co with just a very few other buildings. It was this “waste land” as it was that reminded Mr Neville of the wildernesses he had developed in Canada. He had an idea and immediately made arrangements to purchase 600 acres of Cavendish Land’s Piddinghoe estate. This was the basis of his new seaside resort.

Advertisements were placed in nearly all newspapers offering a competition to name this new town, with a £100 first prize and fifty runners up prizes each of plots of land on the estate being sold for £50. However each plot winner had to pay three guineas for the conveyance of the land. Interestingly there were 2 winner declared both of whom chose the name New Anzac-on-Sea. More surprisingly, the South Coast Land & Resort Company which at that point in time was the trading name of Mr Charles Neville decided to give away to 12,500 runners up the £50 plots on payment of £3 and 3shillings, over 2000 people took up the offer.

It was this change in competition rules along with a valuation of worthless that brought about a 3 year set of court cases between the Daily Express and Charles Neville. These case went as far as The House of Lords at the time the highest court in the land. The result was immaterial in the end as Peacehaven as it became in 1917 was a huge success because of the court case publicity, the only down side was that the County War Agricultural Committee did not had back the land for building until early 1921, when the land was again divided into building plots and Peacehaven as we know it began in earnest. Today of course the land is not as claimed in court of no value, we all wish we could buy a plot for £50 or even 100 times that value!

Our thanks to Peacehaven resident Stanley Bernard for producing this copy.